I'm an indie game developer who likes to make strategy and RPG games. I've been coding games as a hobby since the 90s, but haven't worked in the game industry professionally, I've only made my own small games. I'll soon have my first game on Steam (a tower defense game named "Immortal Defense"). I'm also working on another game called "Saturated Dreamers", which you can see in my logo. I also named the famous game "Minecraft" (although I didn't work on that game, I did talk to Notch and suggested that name for the game, and he wound up using it). To find out more, see the sites for my games:

I've been studying Japanese off and on for a long time, but never really focused that hard on it, just learning a bit here and there over the years. I started out wanting to learn it in order to be able to play Japanese games that have not been translated into English, and that's still my main goal. I also hope one day to make a videogame that will help people learn Japanese -- although there are already several such games, none of them are as good as I think they could potentially be. 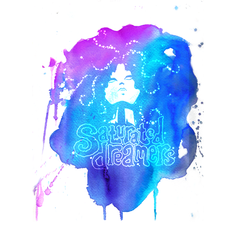