Newbie question about differences in Hiragana...

hi guys, i'm quite new at studying 日本語. can somebody shed some light on my doubts?

1. what's the difference in handwriting for hiragana of "RI" i saw 2 different version. one is like this り the other is somewhat a lot like い but closer and the left side is longer.

2. i've read a hiragana of "KI" which looks like this き but i've read another one that doesn't curve at the bottom. instead only a small curve line. is there any difference?

3. How would you distinguish a good japanese handwriting from a bad one?

4. i've read some books about the particle "わ" topic marker. sometimes, when i do practice reading some japanese websites, it uses を and not わ. Is there any difference?

lastly, how do you decide if you're going to use kanji or hiragana? since i'm quite fond of hiragana, (not yet studying katakana) is it possible not to use kanji? would it be a nuisance to read it? (i'm trying to memorize kanji but it seems that i'm quite slow on this one... i remember only these kanji... 一 二、日 森 木  and those sort of stuff... ) 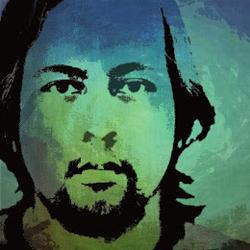