Different Ways to Say "You".

English Public
In Japanese, there is multiple ways to say "You" I'll try to explain them to the best of my abilities.

あなた: This is the one that is most commonly taught to beginners of Japanese. However, don't use it the same way you would use you in English. You should only REALLY use it if:
-You don't know the person's name
-If you're a couple with the person you're talking to. (Similar to "darling" or "honey")
It's not always said in a flattering way, so pay attention to the tone in which it's said.
- Most surveys and questioners will use "anata".
If you use it the same way as you would in English, it would be rude!
E.G:
Gakusei: I think this sentence is okay, but...What do ANATA think?
Sensei: I am not "anata"! I am "sensei"!
So you need to be careful when you use it.

あんた：Although this one comes from ANATA, it's not as polite. So, you shouldn't use it with someone you've only JUST met.
Most people use it with:
-Family. Elder family members call their grandchildren "anta" as a term of endearment.
-Friends (especially in the Kanto area, seemingly). Although, some people won't like being called ANTA by their friends because it can be used...
-Derogatorily. This is also a harsh way to say "you" in Japanese. (I normally stick with ANTA whenever I speak derogatorily.)
-Again, It can be used with couples. But be careful! Because ANTA is normally used derogatorily, you might just get smacked in the face. However, your partner might love being called ANTA.

君：Although KIMI is thought to be used by men (because that was it's original usage), It has been used by women these days too.
You should use it:
-If you are one's senior or boss. It shows authority. Enough said.
-You might have heard it in songs or dramas. E.G: "I think I love KIMI."
-Couples. But...Most people ONLY think of KIMI being used by someone in authority, so they might think you're looking down on them. "I am not ANATA's subordinate!"

お前：OMAE used to be a very polite way to say "you". But now, It's the opposite.
-Mainly derogatory. E.G: "OMAE, Shut up!"
-Close male friends. Mainly in a friendly, jokingly way.
-Couples. BE EXTREMELY CAREFUL! Because OMAE is almost always used in a derogatory way, people will probably have a hatred of being referred to as OMAE.

手前：This is only used as a derogatory word. It is more polite than "KISAMA", but less refined.

貴様：About the same as TEMEE, but it is less polite and more refined.

そっち：This is a more informal way of saying SOCHIRA. Used only by friends and couples on the phone. "Hang up the phone!" "I don't want to. SOCCHI hang it up!" "Okay..."

So there! You have all you'll REALLY need to survive.

HOWEVER. Not only is this a lot to remember, it's also not natural to use "you" the same way. It's more natural, and sounds a lot more formal to use the person's name + a proper title or honorific, or to not specify at all. If you are looking directly at the person you are talking to, it should be obvious that you're taking to/about them.
by konarkorona 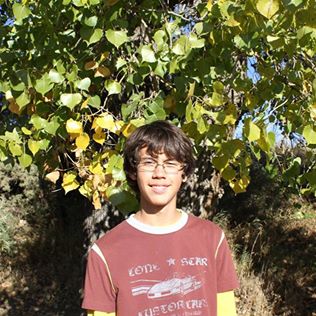