(note: I did not write any of this, this comes directly from a post on tumblr which can be found Here:http://aechlys.tumblr.com/post/90454642407/what-exactly-is-going-on-in-tokyo-right-now and a follow up post here:http://aechlys.tumblr.com/post/98512443797/the-tokyo-protest-post-has-revived but I wanted to bring this to your guys' attention and have a discussion based on the events)

"Ok kids, listen up. I’m about to explain to you, to the best of my ability, why there are 40,000 people protesting in Tokyo’s Nagata-cho as I type this, why it matters, and why you should be talking about it, too.

What Started This Protest?

The short answer —> Japan’s Prime Minister Shinzo Abe has proposed a round-about way of changing Article 9 of Japan’s constitution, which basically states that Japan will never go to war ever again. This constitution was written by US officials in Japan after WW2 and is actually more balanced than America’s own constitution in certain ways (there is equal pay for women, for example). There have been various Nationalist (think Japanese Tea Party-esque displays) public demonstrations supporting Japan having the ability to go to war again- usually subtly, or not so subtly, naming out potential foes such as China and Korea. But none of that compares to what’s going on right now in Nagatacho AGAINST any changes to Article 9. Last Sunday, a man sat himself on top of a bridge in Shinjuku, protested the changes, and then set himself on fire over all this.

(The man survived. He’s now being sued by the government for damage to public property)

The long, complicated answer —> Japan has had problems with its top government officials for nearly 10 years now. After a long string of PMs resigning, Abe (who was originally one of those resigning PMs) was reelected and has stayed in power this time the longest in the past several years. Until this issue with Article 9 came about, the biggest issue was the Fukushima nuclear plant, which is still hemorrhaging radioactive water to the point where workers have temporarily given up trying to stop it and recently told everyone that they were now ‘purposefully’ dumping contaminated water into the pacific ocean (although now the current plan is to create an “ice wall” - yes “ice wall”- around the affected ground water in an attempt to stop it. Somehow). TEPCO (Tokyo Electric Power Company), who owns the plant and has been responsible for the cleanup, has failed repeatedly to do their job and has consistently rejected outside international help for reasons, at this point, that can only be attributed to hurt national pride.

At the beginning of this year, Abe’s administration passed a ‘State Secrets’ law which forbade any publishing of Japanese ‘state secrets’ which conveniently included anything to do with nuclear sciences (this would included Fukushima). Not only is this bill extremely vague, leaving it open for the government to essentially call anything they want a state secret, but as I recall, about three days after this was passed, the news was suddenly reporting that all was well at the nuclear plant.

At the end of LAST year, Abe announced that he purchased some battleships- specifically aircraft carriers- that had actually been seen floating off the coast of different parts of Japan up to a month before they were publicly announced. On a personal note, I have seen those ships, and last month I saw one other as well floating off my local waters.

While the state secrets law riled up academic circles who claimed that the government had just eliminated the right to free speech, it didn’t gain a lot of news coverage and eventually faded away. It might be worth noting here, too, that NHK (Japan’s BBC, essentially) is chaired by government officials- some of whom Abe seems to have personally appointed.

With the state secrets law now in place, which has limited what one has to assume are more ‘negative’ stories and updates about the Fukushima nuclear plant issue (which its admitted failure by the government would oblige Abe to step down as prime minister), we’re brought to the main course- significantly altering/reinterpreting/removing Article 9 of the Japanese constitution:


"The Article 9 of the Japanese Constitution Chapter ii. Renunciation of War Article 9. Aspiring sincerely to an international peace based on justice and order, the Japanese people forever renounce war as a sovereign right of the nation and the threat or use of force as means of settling international disputes. In order to accomplish the aim of the preceding paragraph, land, sea, and air forces, as well as other war potential, will never be maintained. the right of belligerency of the state will not be recognized."


Now, Japan DOES have what is essentially a National Guard, which participates in non-combat efforts in both their own country and abroad, so Japan is not totally helpless here- they’re just confined to their own borders when it comes to personally rolling out ammunition (which happens whenever North Korea makes a missile threat where the path of the missile is supposed to go over Japan- the US military assists in this temporary defense bubble whenever it has to go up).

What Abe wants to do, however, is “reinterpret” this article in a way that allows Japan to expand and use their military like any other respectable country does. That seems fairly reasonable, right? Except that Abe’s chosen route to accomplish this goal is to go around the Democratic process, ignoring the public’s opinions, and holding what are basically closed-door votes amongst a group of people who are already on his side, instead of, say, passing an actual constitutional amendment instead. This has made people angry- people that might agree with having the military restored are angry because of how shadily it’s being done, and people who *don’t* agree are angry because they don’t want Japan to go back to war and they *don’t* like Abe’s tactics.

Then there’s the potential US angle to all this. Paranoia over China seems to have gotten so high that there’s the rather strong theory going around that it was actually the US behind the state secrets bill getting passed and that it’s the US again behind trying to restore military rights to Japan.

China, as many of you may know, has been relentlessly heckling neighboring countries such as Japan, Korea, and The Philipenes over who has rights over tiny islands (some of them literally just rocks jutting out of the sea) that nobody lives on. Even the largest of these islands (Japan was particularly riled up over an island it has dubbed “Takeshima”) are uninhabited except for wild goats. Japan has unfortunately taken the bait over what has been a magnificently farcical dispute and decided to engage China over these useless islands. At the height of the Takeshima dispute, NHK took to telling you the weather for the island with the regular forecasts (remember- nobody there but wild goats), and airing documentaries about the occasional Tokugawa-era fishermen who used to camp out for the day to fish there before going home again. One of these, which I caught, consisted of nothing but old guys sitting around talking while background footage perpetually looped showing nothing but these goats frolicking around on the rocky terrain of the island. That one went on for at least an hour. It was, in a word, ridiculous. So while China has even started going so far as trying to “reinforce” its claims and even “create” new islands by dumping sand in the ocean, Japan hasn’t exactly been mature about the situation either.

Basically, guys……I could go on, but it would probably just end up going in one big circle. Maybe I’ve not presented this the best way possible, and I truly do apologize for that, but hopefully this has helped to explain a few things. What I will say, though, is that after everything I’ve mentioned above, things have piled up so badly and so messily that for at least the second night in a row, 10,000, and now reports say around 40,000 people have taken to protesting outside government offices in Tokyo, and other smaller demonstrations have taken place in at least Osaka and Nagasaki as well. They’re fed up, they’re chanting for Shinzo Abe to leave Article 9 alone and to resign. They’re calling him a facist. They’re mocking him with Nazi symbols. Japan- today’s Japanese- which is a people of almost bottomless patience and calm and who will go out of their way so that you never have to feel awkward or uncomfortable about anything- these people are out there and they’re fed up. They’re doing these things which are radical for them because they don’t want this to happen. And the media here is in such an iron grip that the guy who set himself on fire on Sunday in Shibuya and these protestors are lucky to get even a brief mention on the nightly news. 40,000+ people out there. And they need more people to spread the word. "

"Very cool. Thanks, everyone. The main updates are as follows:

-Protests are still being held, especially in Tokyo.
-For a couple of protests they found a guy with a bulldozer to head the march which was nuts and awesome (“bulldoze the facists!” I believe was the purpose)
-Japanese troops are now training for ACTIVE combat with US servicemen (they always did training before with US military but always for support tactics and search and rescue type stuff- never active combat).
-Shinzo Abe copypasted his Hiroshima bombing memorial speech from *last year’s speech* and basically only changed the date which really hurt his image and gave the protestors more ammo to use.
-Shinzo Abe decided to bring a handful of women into his cabinet but a couple of them had early been associated with the Japanese Neo-Nazi Party (I know- go figure) and had taken pictures with their leader which has caused a lot of backlash- protestors are now also officially combatting Japan-wide hate speech and are using this instance as a platform talking point, lamenting the fact that Abe basically back-handed those who wanted a more gender-equal government by hiring shady people for the jobs.
-Protestors have been met with counter-protestors, i.e. the neo-nazi supporters or people who hate Koreans living in the country, etc., and the protestors have taken photos of the police protecting those people while hindering the anti-war/hate speech supporters.

Basically, in true fashion, while the voices have been loud, I’m not sure it’s had a substantial effect on Japanese politics so far. HOWEVER, more and more people are TALKING about the consequences of active warfare for Japan- especially in the school system since the idea is that it is the children who will have to fight for Abe’s ambitions and this has struck a chord. That is at least one bit of progress.

Thanks again to everyone for passing the post around, as all that stuff is still being totally ignored by the media here in Japan."
posted by Sloppyninja September 28, 2014 at 7:53pm 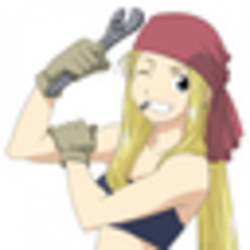