Hi there. :) I just started to properly use this website and since the community seems so friendly, I thought it would be nice to open a thread so I can share my feelings about a certain topic. Excuse me if I make any mistakes, English is my third language (feel free to let me know, though).

The point is I have loved Japanese for a long time and I would like to know how you feel about it.
There are two reasons for me feeling this way:

-The SOUND: Japanese is often descibed as "monotone and continuous, like a river" but also as a beautiful language. I completely agree, it sounds really beatiful for me. Even if it is suposed to be a tool for communication, I would say it is more than that.

-The KANJI: This is the main topic. Some people think of modern buildings, overpopulated cities and anime posters everywhere (quite accurate if you go to a certain electronics district many of know about). I think of quiet atmospheres, old houses with paper doors, tea ceremonies and... calligraphy.
Kanji writing is an ancient art, but I feel like every time I write a kanji I am creating a masterpiece, specially if it has more than 15 strokes. The order of strokes, the pointy or bold ends, the forms, the symbols forming a greater symbol. You do not need a big sheet and a brush to do it, you can just take a pen and redo it on your notebook any time. I simply love it. How can some mysterious kind of 'foreign hyeroglyphic' that has absolutely nothing to do with our language tell so much?

So... Am I the only one around here who finds the greater kanji truly fascinating? Who else shares this passion? What are your feelings about Japanese?
posted by DeadWitness February 15, 2015 at 3:37am 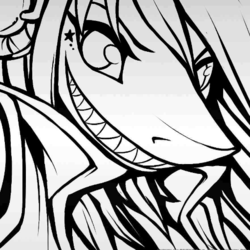