beeant (and any other admins), may I suggest some different approaches to the hiragana/katakana.

Suggestion 1) Same system, but allow (de)/selection of lines. An example would be to focus learning the N and M lines (which I have trouble with) rather the whole lot mixed in, because honestly there are certain lines that eventually get drilled into our minds so much having them pop onscreen just feels like a waste of time.

Suggestion 2) Association system, a katakana appears onscreen and you select its hiragana counterpart.

Suggestion 3) Mixed hiragana and katakana for a slightly different challenge some may find having to switch it up between the two on the fly is helpful rather than getting into a "hiragana mindset".

While one may argue that the current system is similar to suggestion 2, I believe that everyone learns in different ways and a dynamic range of options will benefit more.

I realise this would be new code that needs to be written and that you may have higher priorities, just wanted to put it out there.
posted by Core January 24, 2010 at 8:46pm 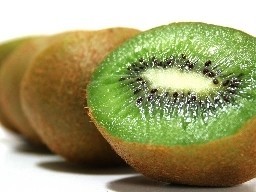 Other Threads by Core