So a quick question.

In most of the Onyomi and Kunyomi for Kanji I see a few letters or characters (not exactly sure what I should refer to such as) and then a red dot and then another few.

み ・ み.つ ・ みっ.つ
Here's an example. Are these all different ways you can pronounce the same kanji? or the entire pronunciation spaced out?
posted by Zach0 February 25, 2016 at 10:35pm 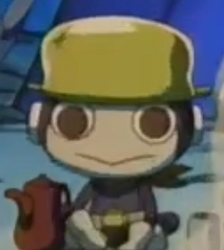 Other Threads by Zach0